Do you like playing online shooting games? Would you like to experience how battles were fought in World War II? If yes, then you should give this war game a try. World War Heroes is a cool game that lets you relive the battles from the Second World War and shoot the weapons used in that era. It places you in authentic WW2 battle zones and lets you drive the vehicles that were used by the various countries during the war. You also get to drive Panzer tanks and even take part in tank battles. There are various game modes available that allow you to enjoy this game to the fullest. It is a fairly heavy game so make sure that you have enough storage space available before downloading it. 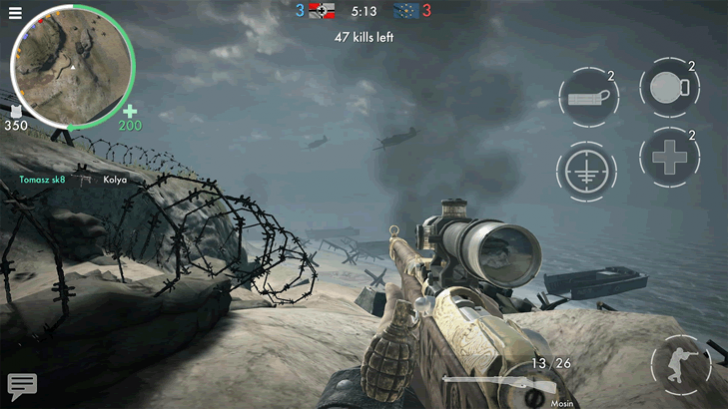 World War Heroes has immersive gameplay that takes you back to the World War II era. The graphics of this game are stunning and rival that of any PC game. Everything from the buildings and the landscapes to the vehicles and weapons looks exactly the same as it did during the war. You will also find the controls very easy to use. You can move around the camera angle by swiping your finger on the left-hand side of the screen. On the screen's right-hand side, you will see several buttons. Among these buttons is a crosshairs button. This button is for taking aim at the enemies. You can shoot your weapon once you have the enemy in your sights. 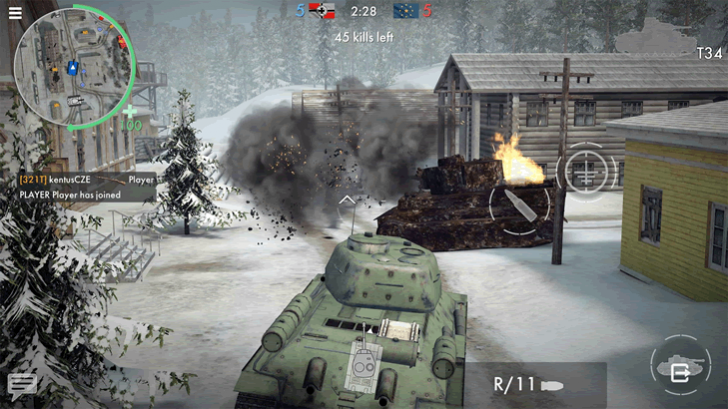 The beauty of this war game is the diverse number of game modes that it has in store for you. If you are a lone fighter and love fighting for yourself then you can choose the Deathmatch mode. You will have to be the last man standing in this mode if you want to win. However, if you are a team guy and love a team-up then you will enjoy the Team Squad mode. It allows you to compete with other teams and fight for a fixed amount of time. The winner is declared by assessing the points scored by each time at the end of the battle. Team Battle on Panzers is the perfect mode for tank lovers as it let you destroy the enemy tank with a tank of your own. 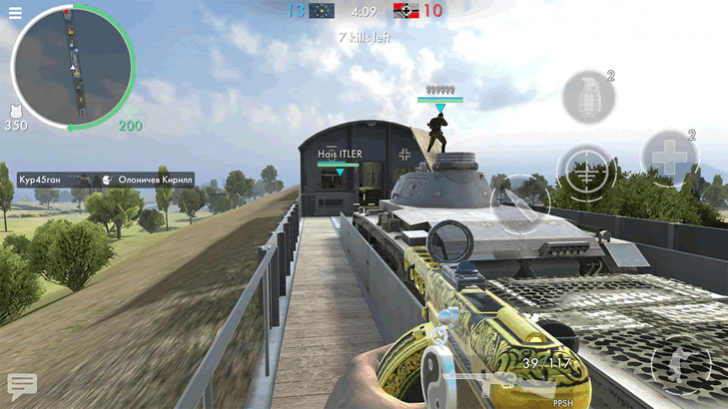 World War Heroes offers a variety of guns, rifles, pistols, and grenades to you. All the weapons in this war game are from the WW2 era. You can upgrade your weapons to make them even more powerful. Aside from the weapons, you will find various vehicles in this war game from the WW2 era. You can drive these vehicles through the different World War II battle zones. Since it is an online FPS game, you can chat with your teammates while playing the game. You will find the chat button located at the bottom-left corner of the screen.

World War Heroes is a game for people who have an interest in playing FPS games. It provides you era-appropriate weapons and vehicles and offers exciting game modes in which you have to outgun the other team. It is a war game worth having on your phone if you want to see how wars were fought in the WW2 era.